lighting is a science and an art

Lighting is both a physiological and psychological inducer.
Above all else, regardless of the corporate image or the designer’s ego, light is about the people, who are to use the space.

Our task is the development of solutions, that enhance people´s activities or recreation.

Visual hierarchies are quite appropriate to signify varying degrees of importance among various areas, surfaces, and objects.

Focal centers are specific objects or elements (artwork, floor medallions, and ceiling domes) that are a special feature of the environmental setting.

Enhancing these focal centers with light is almost always a must.
This can contribute to several design goals as spatial order, visual hierarchy, and circulation.

It is worth noting, however, the 3-dimensional aspects of space and light.
Interaction must be carefully reviewed as well, otherwise light patterns may not properly enhance the focal centers and may inadvertently create distracting luminance patterns.

This is a common issue, if artwork is planned for a wall, for example, and the exact location is not established during the lighting planning process, then it is likely that the lighting equipment won’t be in the right place to best highlight the artwork upon project completion.

Because the sense of sight is contrast sensitive, the brightness contrast of a space determines its emotional impact.

The emotional impact of space is a function of brightness contrast, the relationship of surfaces that are lighted (the focus or foreground) to those that are left in comparative darkness (the surround or background).

It is possible, of course, to simply introduce general illumination into a room to permit vision.

But establishing the emotional impact of an interior through the manipulation of brightness contrast is the real challenge for Indoor Architecture.

This results in environments that are inviting, inspiring and supportive of the tasks to be performed.

If all objects and surfaces in a room receive equal emphasis from light, contrast is lost.
Overtime, the lack of contrast causes people to feel listless and depressed.
Without contrast, the environment produced has the quality of a cloudy, overcast day.

People feel more alert, energetic, and positive on a sunny day, which is marked by bright highlights and crisp shadows.
By providing brightness contrast, an environment may be created that has the attributes of a sunny day.

In truth, the significant difference between a “dull, dreary day” and a “bright, cheerful” one is the quality of light.

Some activities and tasks benefit from a high degree of stimulation – to encourage participation and increase enjoyment.

Other activities and tasks benefit from a minimum of contrast – to help a person feel contented, comfortable, focused, and relaxed.

Although individuals react differently to the same environment, there is a high degree of similarity in people’s reactions to light.
Environmental psychologists use the terms high-load and low-load to describe degrees of stimulation or arousal.
The more stimuli that must be processed by a person, the higher the load.

If the task to be performed is complex or unusual the load is great enough that our degree of arousal is fairly high.
Additional load from the environment will increase stimulation to such a point, that the task is avoided.
We become distracted, annoyed or frustrated and performance falls off sharply.

Tasks that are simple or routine benefit from a mildly stimulating environment.
This is why such work often fails to be performed in offices or studies designed for paperwork – instead it is done in kitchens, dining rooms or living rooms, which have a higher degree of stimulation.
Daydreaming or dozing may result without increased stimulation.

The degree of brightness contrast

The degree of brightness contrast establishes the emotional setting, which either reinforces or undermines the intended activity.

Brightness contrast is established by developing patterns of light and shade – by selecting specific surfaces and objects to receive lighting emphasis while leaving others in comparative darkness.
This emphasis creates the relationship between foreground and background.

If everything is to receive equal emphasis, no hierarchy is established between foreground and background.
The result is a low-contrast environment. Low-contrast spaces are low in stimulation – few stimuli exist to respond to.
These spaces are behaviorally neutral. A large proportion of diffuse light and a small amount of focused light produce this low-contrast environment.
Low-contrast lighting systems are intended to provide easy seeing for visual tasks, to allow random circulation, or to permit flexible relocation of work surfaces.
The diffuse lighting technique provides an uniformly illuminated working environment, an area suitable for difficult and sustained visual tasks.
Lighting systems that flood a space with diffuse light from overhead reduce contrast.
Highly diffuse light produces a shadowless environment – forms are ill-defined and textural perception is poor.
Although this is adequate for task vision, it ignores the problem created by the bland psychological reaction to a cloudy day.

A small proportion of diffuse light and a large amount of focused light produce a high-contrast environment.
High-contrast lighting systems render patterns of light and shade – they intentionally establish a hierarchy between foreground and background.
High-contrast spaces increase stimulation – they are intended to evoke specific moods or emotions.
A single spotlight on a stage is an extreme example of the influence of brightness contrast in creating focal points.
A room lighted in this way dominates the people in it – the brightness contrast directs their attention and holds their interest, producing visual direction and focus.
Attention is involuntarily drawn toward areas of brightness that contrast with the visual background.

When a person approaches an unfamiliar space or activity, brightness contrast and color contrast help to establish an initial response.
High-contrast environments are useful for guiding the circulation of people entering an unfamiliar room.

For these reasons a good lighting design has to bring both – the artistic and the physical requirements for each project in line.

Because of this challenge, the task of Architectural Lightning is aware than an art and simultaneously operated as a science.

Why not try this search, or

take a look at our Site-Map ? 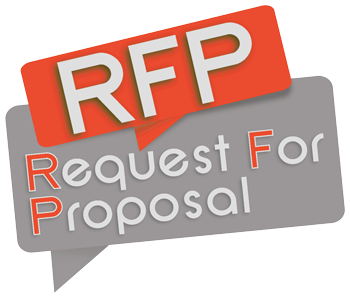 We are also here for you in:

Explore What we Do

Explore What we Do

Now you are on this page: 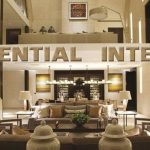 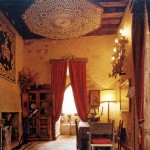