Our Moroccan Interior Design Style is giving any room a warm and friendly, lived-in and welcoming aura.
Inspired by the Islamic culture and the shapes and colours of the rolling sands of the desert…

Texture is important in Moroccan design. Just some of the many textures of the interior design theme are rough stucco walls, smooth silken tapestries and ceramic tiles, and rugged carved wood chests and tables. Contrast is the goal here, as with a rough wooden table topped with a smoothly-polished brass tray.

Traditional Moroccan homes are made of stucco with wooden beams and supports. The homes are commonly white-washed and gleam in the bright Saharan sunlight. Few right angles exist in Moroccan design. Doorways and windows are arched or shaped in the traditional Islamic key-hole design.
Ceramic and mosaic tile also plays an important part in Moroccan design. These brightly patterned tiles are used to frame doors and windows, as table tops, and on accent pieces, such as mirrors, picture frames, and wall art.

The textiles of Moroccan interior design are those than drape and flow. Silks, gauze-like fabrics, and drapery sheers are commonly used to divide rooms, to frame windows, and to throw across furniture. These fabrics are typically in rich, bold colors, such as those discussed above. Textiles are also important as floor coverings, often seen in woven Kilim rugs.

Furniture in Moroccan design is a combination of delicately-carved wooden pieces and plush over-stuffed upholstered ones. Tables are frequently topped with inlaid tile designs or topped with large brass or copper trays. Upholstered pieces include reclining couches, usually draped with fabric and accented with colorful pillows. Over-stuffed ottomans are frequently used as an accompaniment to chairs and sofas.

Accent pieces also reflect the Islamic and Asian influence on Morocco. Rugs are commonly made of woven silk and wool Asian designs and range from full room size to smaller prayer rugs. Lamps are often hung from the ceiling and are commonly made of metals, such as brass and copper. Other popular Moroccan style accents include mirrors, often framed in metal or wooden with an Islamic design. Also common are brightly-colored pottery, to hang on the wall, used as serving vessels, or as decorative lamps.

The architects and artists who worked in the service of early Islam were likewise driven by the wish to create a physical backdrop which would bolster the claims of their religion.

Holding that God was the source of all understanding, Islam placed particular emphasis on the divine qualities of mathematics.

Muslim artisans covered the walls of houses and mosques with

repeating sequences of delicate and complicated geometries, through which the infinite wisdom of God might be intimated.

This ornamentation, so pleasingly intricate on a rug or a cup, was nothing less than hallucinatory when applied to an entire hall.
Eyes accustomed to seeing only the practical and humdrum objects of daily life could, inside such a room, survey a world shorn of all associations with the everyday. They would sense a symmetry, without quite being able to grasp its underlying logic. Such works were like the products of a mind with none of our human limitations, of a higher power untainted by human coarseness and therefore worthy of unconditional reverence.

Already the early philosophers were convinced that beauty has the power to improve us morally and spiritually And they knew that, rather than corrupting us, rather than being an idle indulgence for the decadent, exquisite surroundings could edge us towards perfection.

Since then, we know that a beautiful room could reinforce our resolve to be good.

Behind this distinctive claim lay another astonishing belief: that of an equivalence between the visual and the ethical realms.

In admiring the noble patina of a mature wooden floor, we would – after all – no longer merely be delighting in a piece of interior decoration.

We would be taking in a lesson in righteousness.

Why not try this search, or

take a look at our Website-Overview ?

This page is also available in:

We're not around right now. But you can send us an email and we'll get back to you, asap.

Now you are on this page: 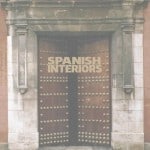